I dunno if you guys will be able to read this. I have been trying to view my blog but it just doesn't seem to load. I would really have liked to upload some pics of our dorm room here. Anyway, probably something is just wrong for the mean time. I know that i was able to access the page just last week.

Oh well. :) After the enrollment/registration on the 12th, we moved in to our dorm room on the 13th. My parents, brother, and my uncle took an early flight to Hong Kong. My parents stopped over Hong Kong for a few days, up to the 15th, while my uncle just stayed there for a stopover before taking another flight to the Philippines on the same day.

On the 13th, we cleaned our dorm room. It's pretty big compared to the other dorm rooms so we were lucky, though it is a bit more expensive than the others. We really had to clean since we still feel a little itchy whenever we went to the room before moving in (when we viewed the room, when we have already paid for the room, whenever we moved stuff over and stayed for a while to rest and talk). While I cleaned the bathroom, my cousin cleaned the receiving/living room and the bedroom. Well, there were cobwebs and a lot of dust (there's an ongoing construction outside). In the bedroom, under the bed, she even found a sock. :) We believe that the previous tenant of the room were boys, due to the 2 pairs of big slippers left and the sock we found. :) We thought that it is only the bed cover that was dirty, but lo and behold, even the blankets were dirty. Luckily, my mom decided on buying a whole set of pillowcase, blanket comforter and bedsheet instead of just the pillowcase we planned to buy (by the way, i will be bringing these 2 sets back to the Philippines next year on January). With the bedroom cleaned up and so inviting, we decided to finish up in the living room and placed craft paper on the shelves in both rooms before we placed any of our stuff out into the open (clothes into the cabinet shelves in our room, toiletries on the shelves by the walls in the bed room, food stuff on the shelves by the walls in the living room). We ended the day with a bath. I got a nice hot bath, but my cousin wasn't that lucky since after my bath, there was no more hot water. :o She got a bath the next day, early in the morning. We were both pretty tired that night, and so we slept soundly on our now clean bed.

School hasn't started yet on the 14th. We just stayed in during the morning, doing some laundry while i was checking my mail. Had lunch. Then we went around school. :)

On the 15th, we were given oral exams, to see how well we converse in Mandarin. Well, they were supposed to put me into an A+ or B- class (highest level is A, lowest is B; each level is subdivided into Level -, Level Nuetral or Level +). But then they asked me if i would like to study more in Simplified writing. Of course. They said that i will take the test, along with some of the people in class that i have just met. She said that whatever the outcome, i will be put into the B Neutral class. Well, in order to get to higher levels, one should be able to read and write a lot of characters in Simplified writing, so i think my level is not that bad. :) After the test, my cousin and i met and had lunch. After lunch, we went to deposit some money into the bank. There was a light drizzle. Oh, our toilet was clogged. We told the people in charge, "Our toilet is clogged, the water won't go down." In chinese, we kinda said, "我們房間厠所的水不流下去." (I don't know if you will be able to read the chinese characters.) I guess they got what i meant, since they brought over a plunger to clear up the clog. But that was after we were really needing the toilet that we went to use the nearby hotel's CR; lucky for us there was a nearby hotel or else i wouldn't know what i would have done and what could have happened.

The 16th, i took the so-called "HSK" written exam. A grueling 2 hours and a half. After lunch, i went to watch a Kung Fu show with my cousin at the Red Theater. It was just supposed to be for their class or for those having the 2o hours class per week ( i took the 3o hours per week), but since no one was even checking, i got to go and watch for free (well, i guess we probably paid for it in the tuition....). we also met a korean girl, Kim Ji-Eun, who thought we were koreans. But then, she doesn't speak much English so we were conversing with her in Mandarin during the trip to and from the theater. :) It was nice that we were able to understand from each other and learn something from each other. :) Once back, we just waited for the 730pm meeting with other Filipino Chinese. The gathering was not that bad. :) We found out that there were other Fil-Chis in the vicinity, and in our dorm building. :)

For the past week, that is on the night of the 13th up to the 15th, we just stayed in our room during evenings. We don't go out to buy dinner anymore.

Today, we did some more of our laundry. After finishing two out of three batches, since we didn't have any more hangers and hanging space, we decided to do the remaining batch later or as soon as the other clothes are dry. :) We ate lunch at a Muslim restaurant (really good, actually), and we explored a part of the outside walls of the school compound. :) We got back around 220pm. :) And here i am, typing away... :)

No, I am not in Beijing yet. But what is planned is that I will be leaving for Beijing this coming September 8. I will be staying there for a term; it will be around January 27, 2006 before I come back.

Nothing much to say really. There will always be a part of me that doesn't want to because I will be missing people, pets, and other stuff that I have constantly found endearing to me, but then I am somewhat happy to get away because I will be a little free there, somewhat independent (well, since i am not really paying for anything but my parents will.), and in a way, i just want to get away from home. I sometimes feel that I am constantly under the wrathful observation of my parents and that i haven't lived my life. I am always afraid, always self-conscious. Probably the problem is just with myself. Guess it will be time to reflect more, to grow or to not grow, to be alone... Most of the time, I enjoy being alone, but there are times that I just want to be with someone. Which brings into mind: will i find my special someone there? *sigh*

Nothing else has changed much. I am still jobless and working under my parents. Jobless because i just don't like programming.... I just hope that i can use what i learned in china, Mandarin that is, and find a job that i really like and love. :)

Diane, waiting for food from my mom, a.k.a. Lola Superior. :D hehehe :) 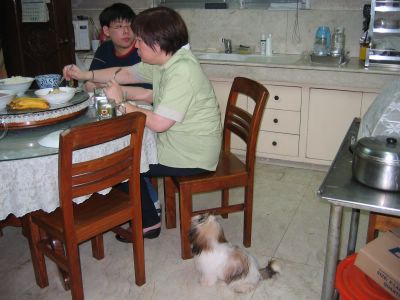 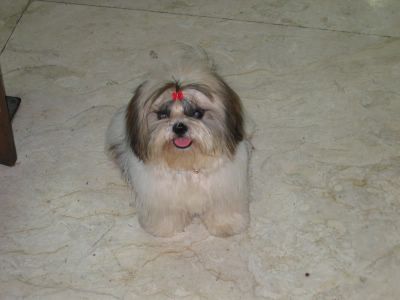 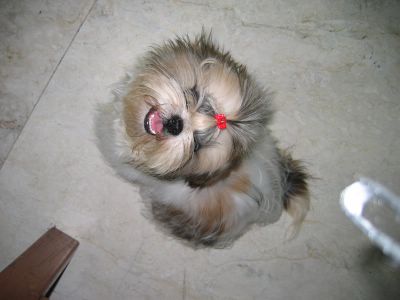 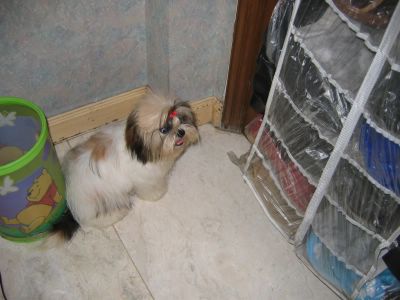 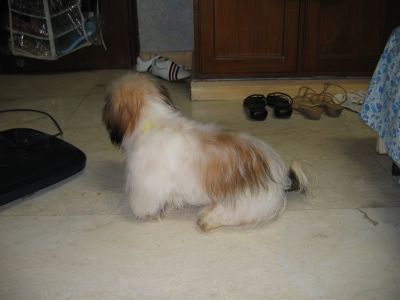 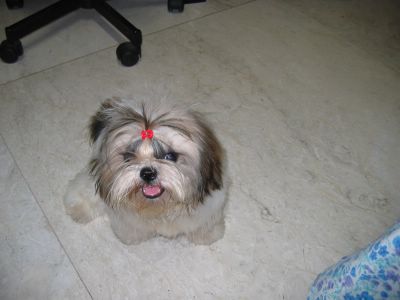 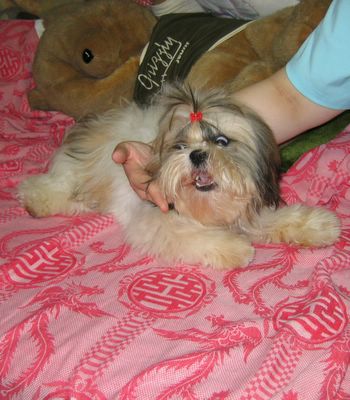 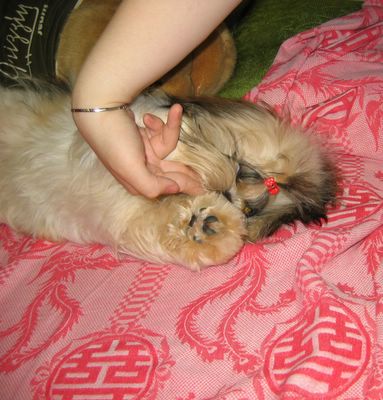 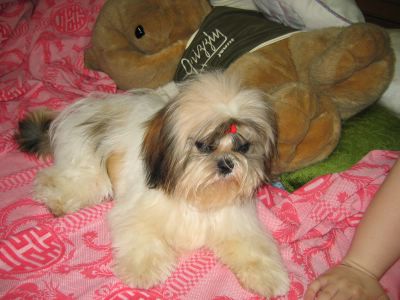 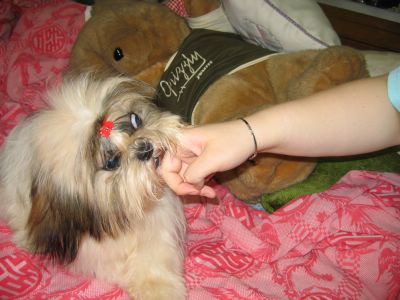 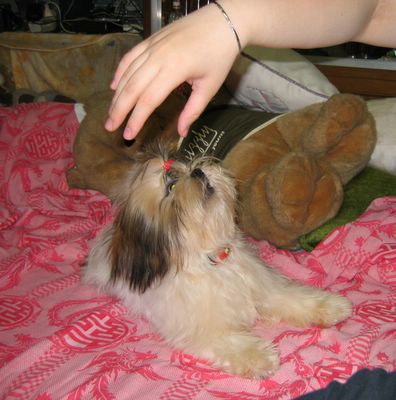 Posted by Grace at 11:09 PM No comments:
My sister still trying to get Diane's attention. hehe :) 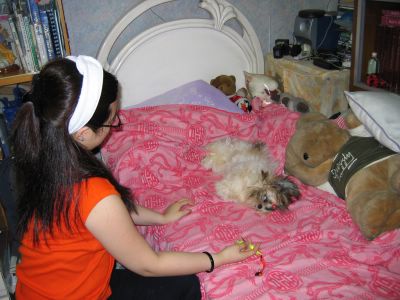 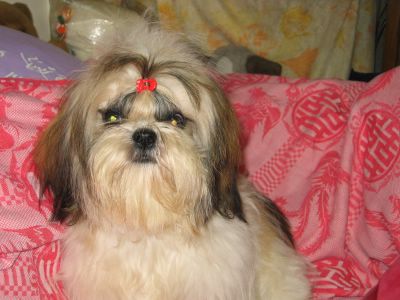 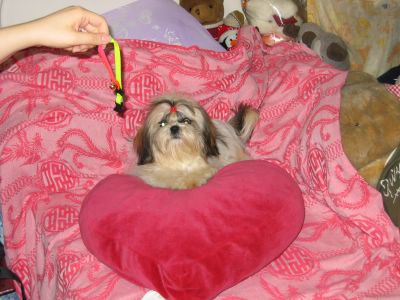 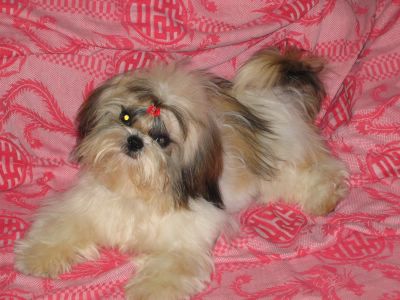 Posted by Grace at 10:56 PM No comments:
Diane, are you falling asleep? Hey, that's my bed! 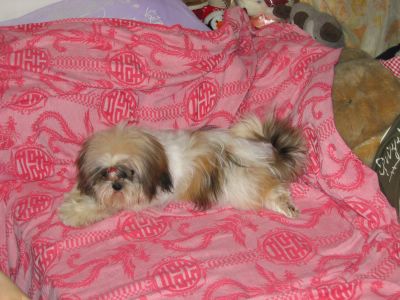 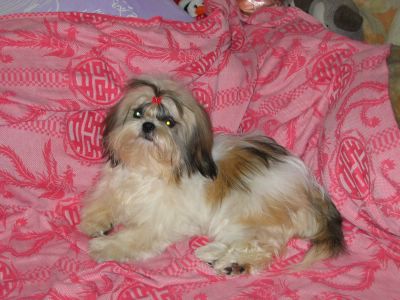 Posted by Grace at 10:51 PM No comments:
My mom petting Diane with my sis by her side. :) We thought mama wouldn't like her, but look at them, my mom just loves her so much! :D 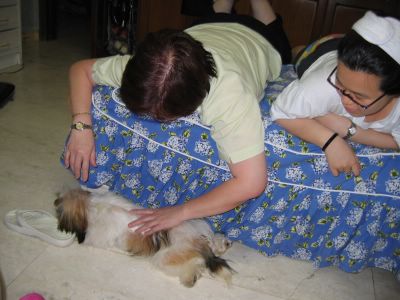 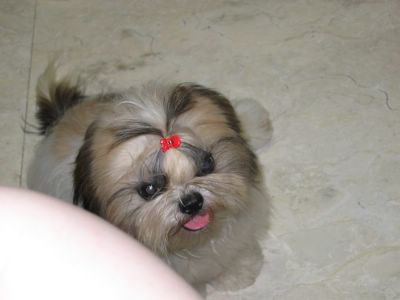 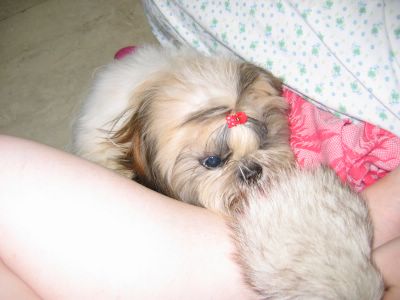 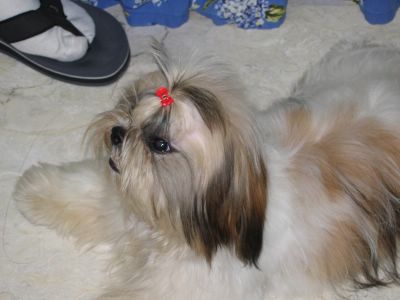 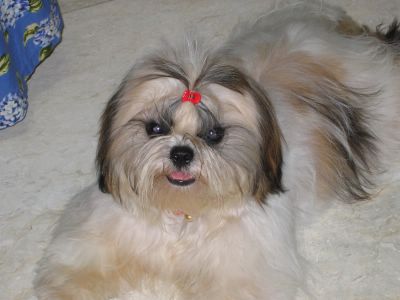 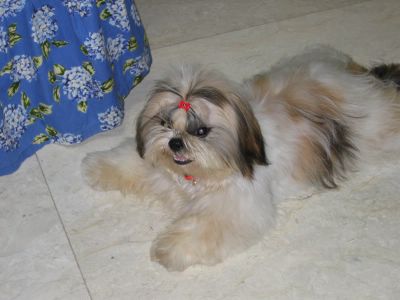 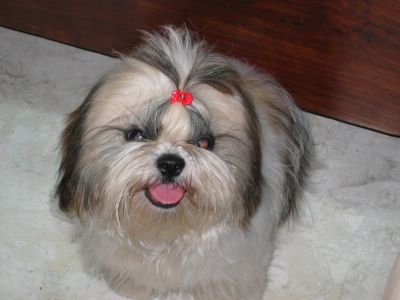 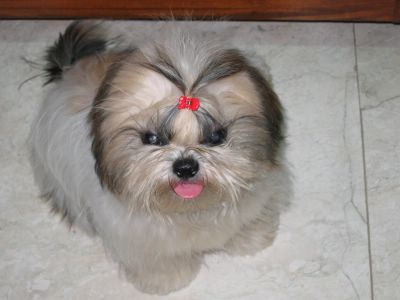